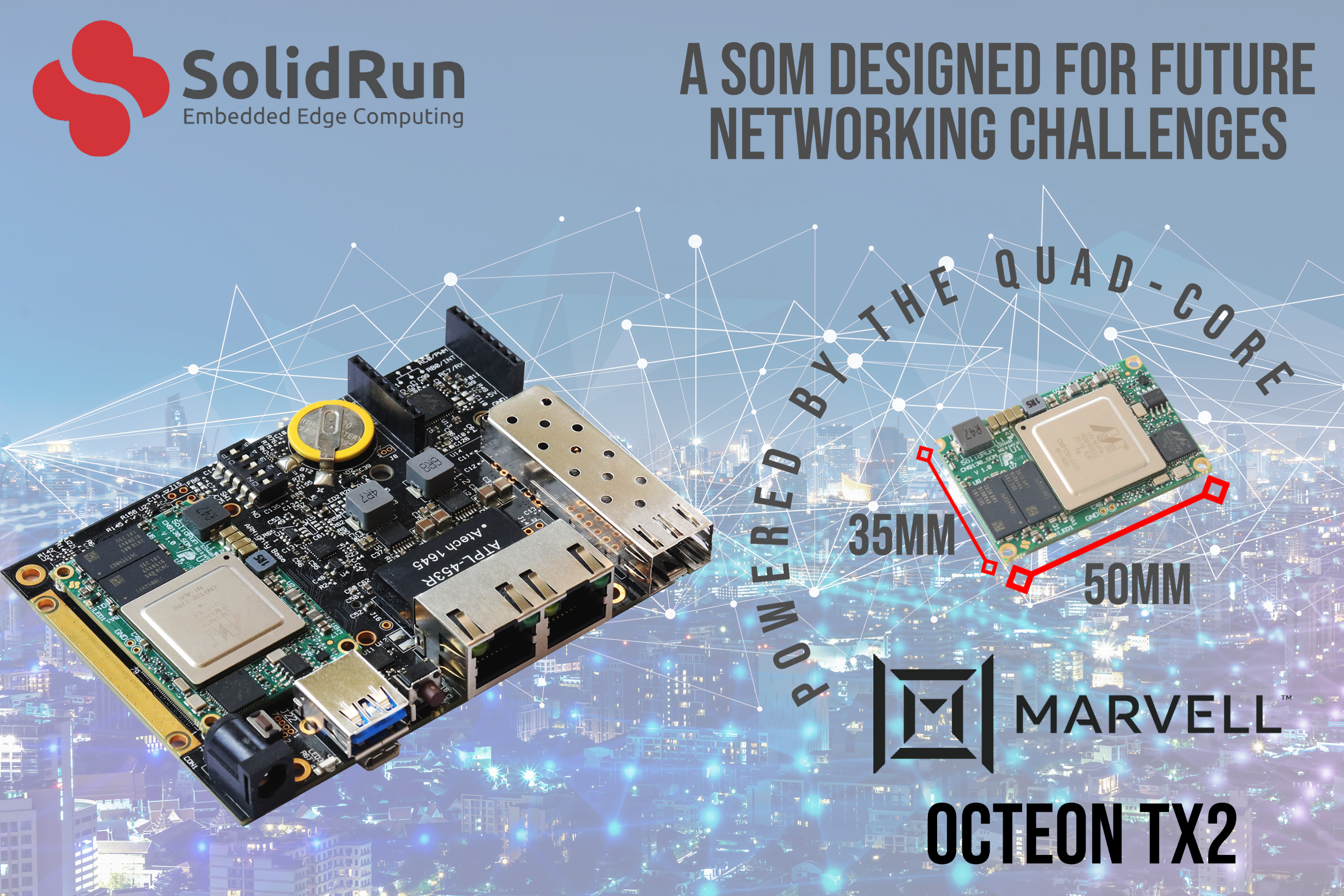 “Today’s networks are becoming increasingly more complex as services, analytics and network functions migrate to the edge,” said Dr. Atai Ziv, CEO at SolidRun. “Combining that complexity with the imminent proliferation of 5G, the need for ultra-high-performance networking appliances for the cloud, edge and everywhere in between becomes apparent. Our line of OCTEON TX2 CN9130-based SoMs and flexible carriers will fuel the development of these products, meeting the demands of next generation networking, enterprise, and data center applications.”

“In order to truly maximize the vast capabilities of modern high-performance data networks, hardware must be capable of significantly faster throughput and more robust security from the cloud to the network’s edge,” said Jeffrey Ho, Senior Marketing Manager of Infrastructure Processors Group at Marvell. “We’re thrilled about SolidRun’s latest CN9130 SoM as this is an ideal solution for accelerating the development of next-generation, high-performance networking hardware that puts the performance of our powerful OCTEON TX2 SoCs to work.”

For quick prototyping or expediting time-to-market for new products based on the CN9130 SoM, SolidRun offers two extremely flexible, network-centric carrier boards – ClearFog CN9130 Pro and ClearFog CN9130 Base. These carrier boards can be deployed as-is, allowing manufacturers to leapfrog the competition by dramatically reducing device engineering time, or can be utilized by developers to quickly prototype bespoke applications. Both carriers offer next-generation computing and networking performance, as well as flexible power and connectivity options. Additionally, both carrier platforms are well suited for commercial applications, and can be deployed in fanless configurations, supporting extreme temperatures ranging from -40°C to 85°C.

Perfect for advanced NFV applications at the edge, ClearFog Base delivers a ton of useful features in a compact footprint. It supports dual LTE and dual SIM cards for extended connectivity, and features 2x GbE ports and an SFP+ cage for heavy-duty networking, as well as USB 3.0 connectivity.

For more information about all CN913x-based products from SolidRun, please visit https://www.solid-run.com/embedded-networking/marvell-octeon-tx2-family/

Specifications for SolidRun’s OCTEON TX2 CN9130 System on Module include:

SolidRun is a leading provider of computing and network technology designed to streamline the deployment of edge computing infrastructure, support embedded and IoT markets and give rise to the vast adoption of AI and 5G. SolidRun’s innovative solutions are based on ARM and x86 architecture, and are available as off-the-shelf products and as components in the form of System-on-Modules and Single Board Computers.